Although station’s A.I  remained skeptical ( “Are you sure you want to do this Dave?”)  the accuracy of the evidence material was so convincing that the situation required close investigation.

I have have packed my monster hunting  equipment, my camera, my diving suit and occasional Scottish kilt.

And I jumped into the rocket.

Blue Moon Station  was on a mission again. 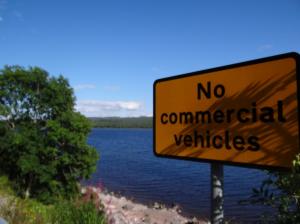 I have landed on the Loch Ness shore on August 23rd, near the town of Inverness.

This area was had the highest number of “Nessie incidents” reported.

Surely it had nothing to do with two touristic “Nessie centers” located in it’s neighborhood.

I have picked up my Monster Motion Sensor and started scanning the perimeter.

The investigation has begun.

During days of intensive research I found the following:

Ruins of the castle. Romantic and picturesque. Very Scottish. 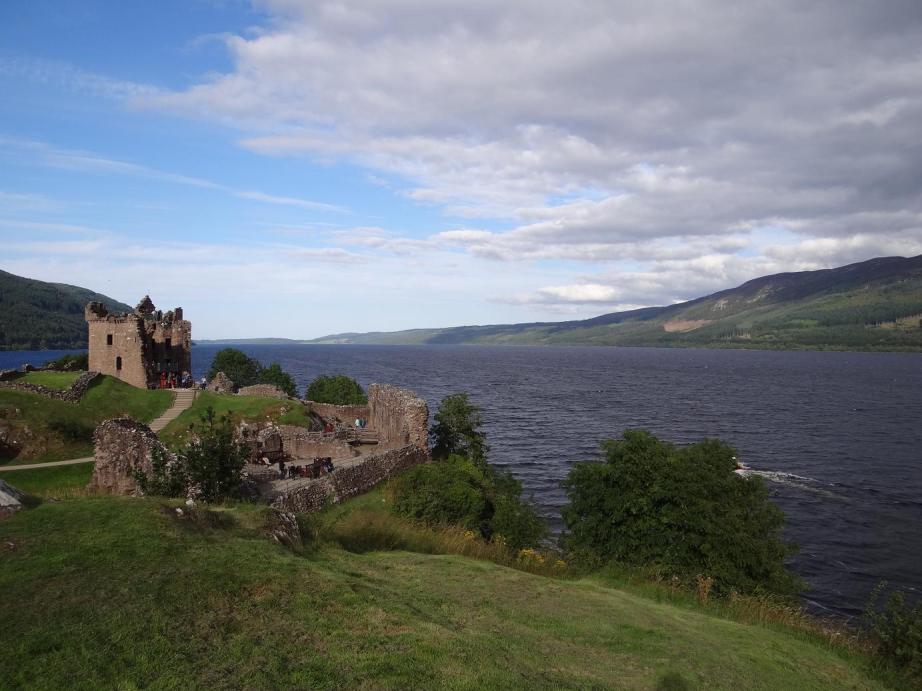 Lady of the Lake. Beautiful and charming. Very mysterious. 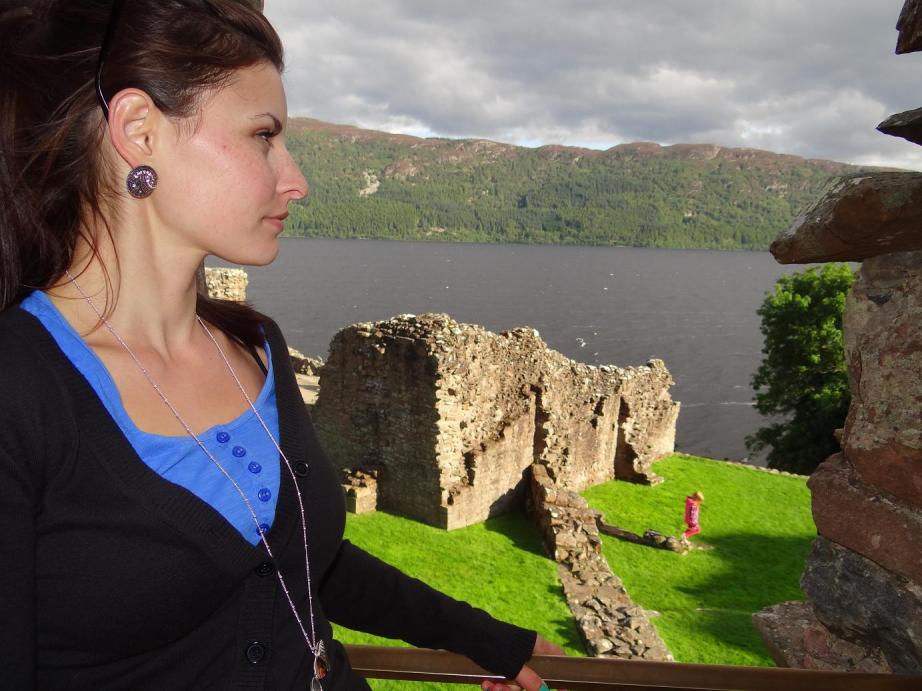 Bunch of tourists rolling on the grass, near ” Keep of the grass” sign. Very American. 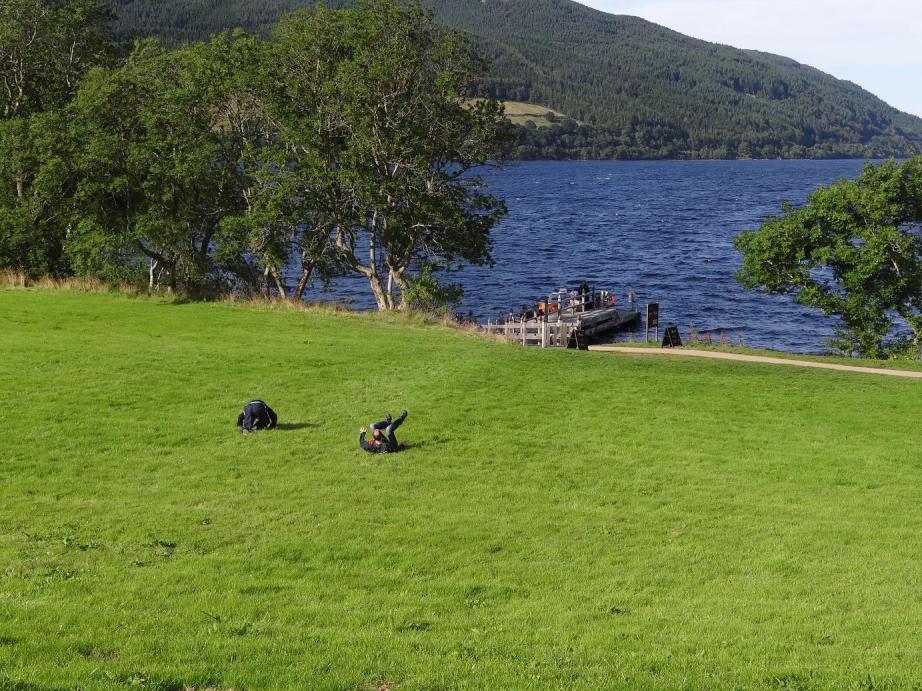 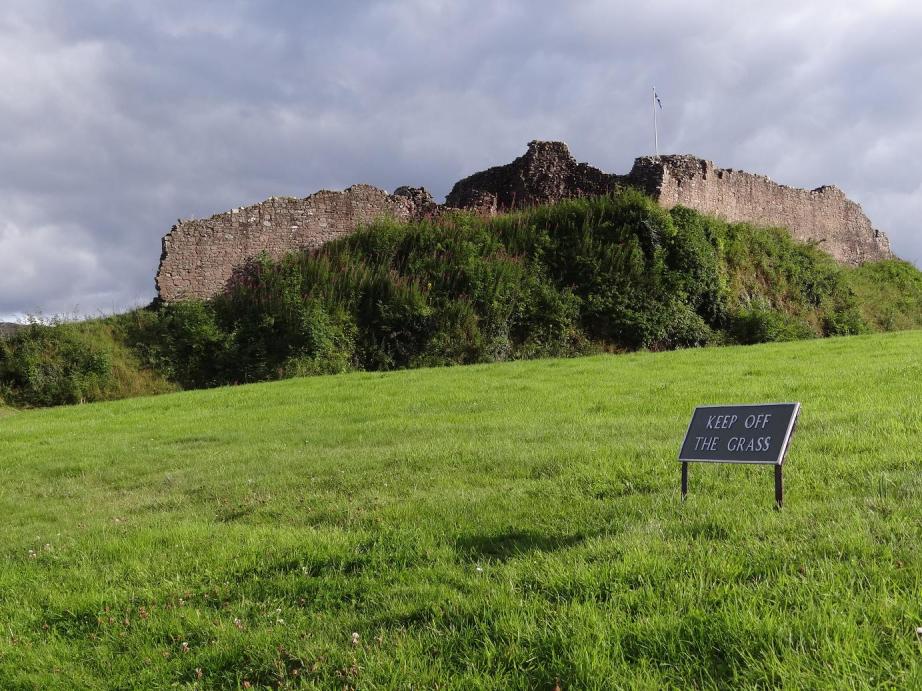 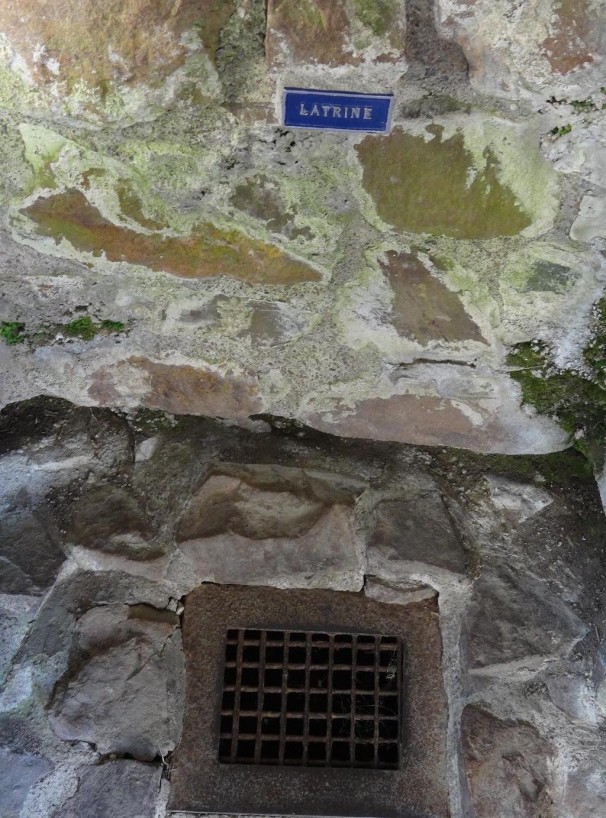 None of those, although very entertaining, didn’t lead me any closer to the monster itself.

The Monster Motion Sensor was dead silent, satellite scanning from the Blue Moon Stations showed no track of the anything larger than a group of old, fat tourists from Germany.

Was my mission failed? 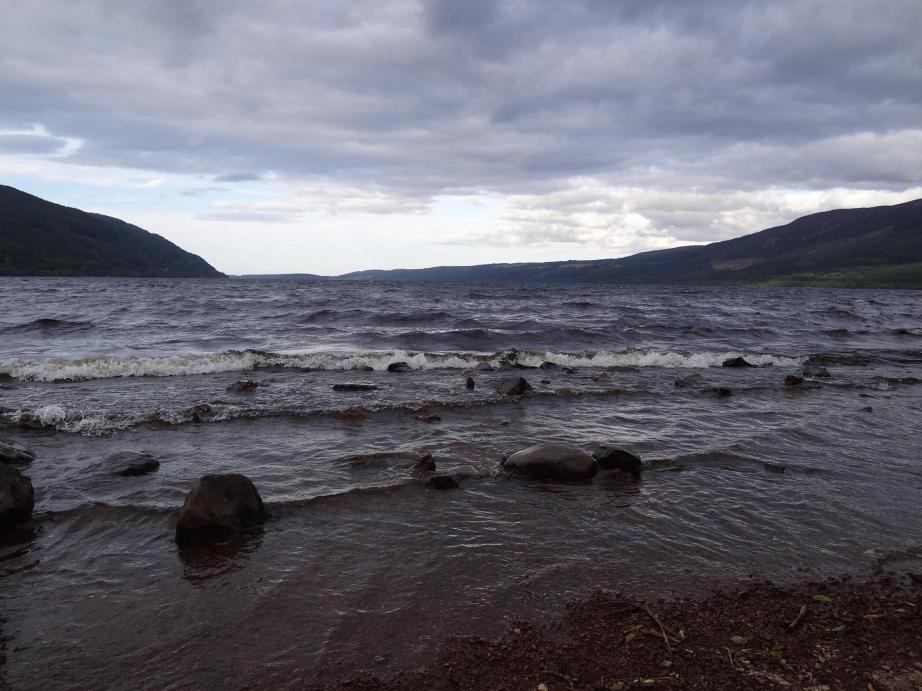 And then the enlightenment came.

Nessie is a monster, right?

What do they do in all those horror movies when they try to summon the Monster out of it’s pit?

They use this trick. It is called „human sacrifice”.

Maybe my quest was not that pointless after all?

Now where was that Lady of the Lake…? 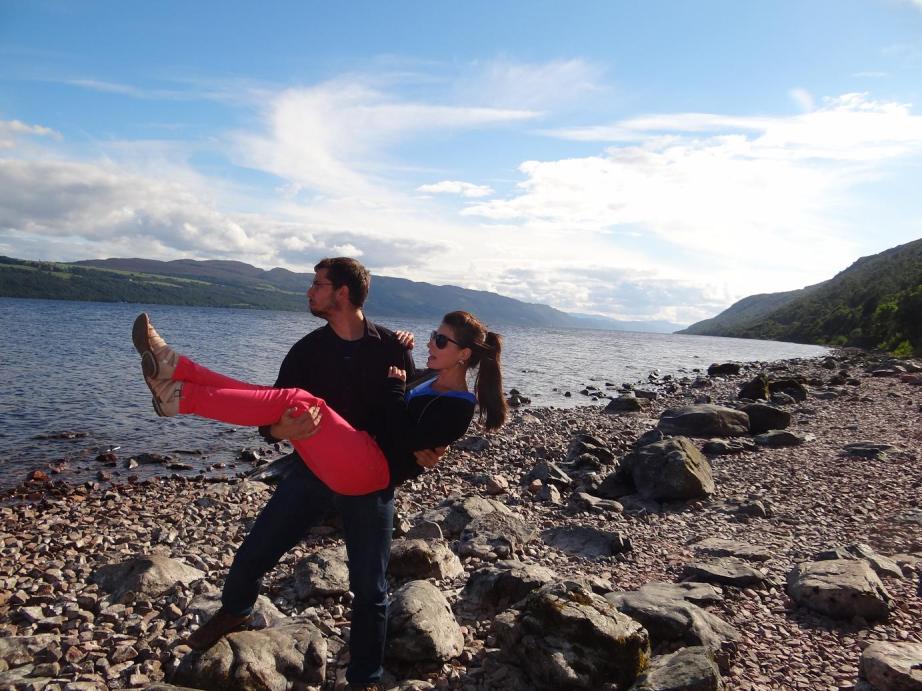 And after few moments, the Monster has arrived. 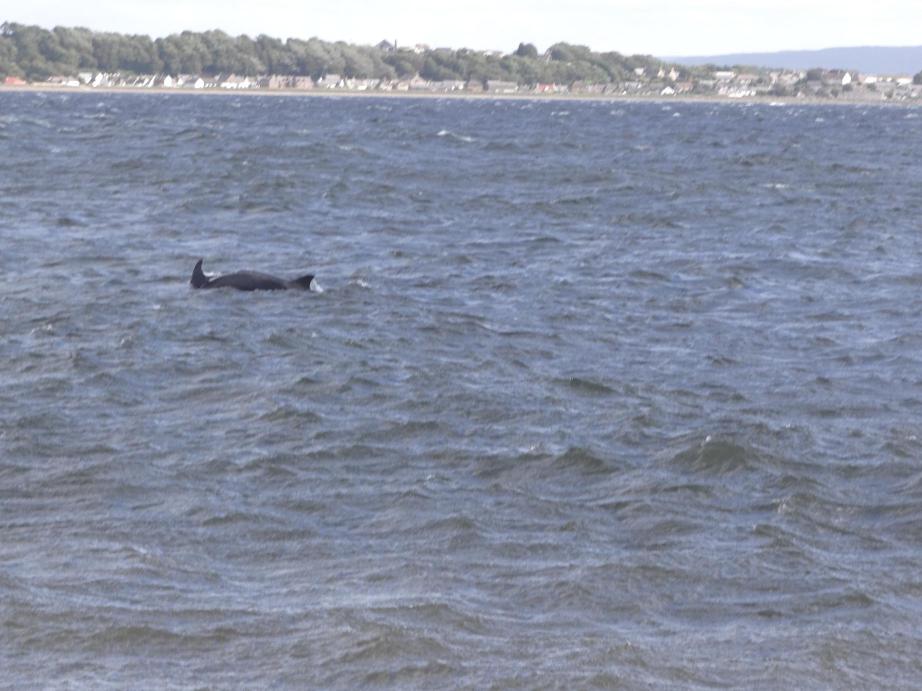 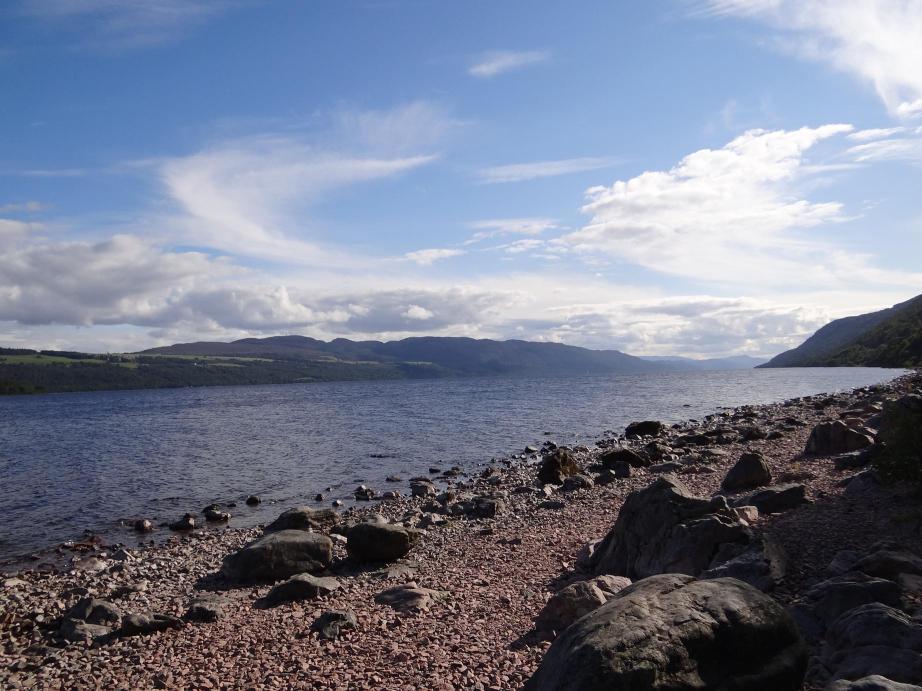 It stretches for miles, it’s deep and mysterious, surrounded by breathtaking landscape of hills and plains.

Now – how would you make it famous?

You could praise it’s beauty – and surely some people would come to see it.

You could even have some romantic ruins scattered around it. Like a medieval castle remains. This would help attract even more tourists. 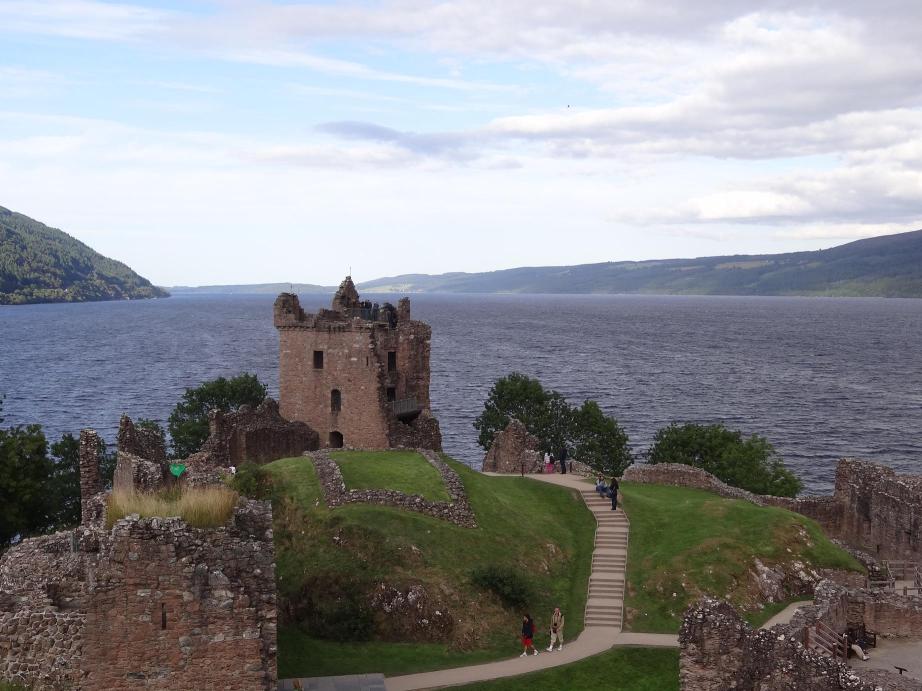 But how would you make it a worldwide touristic  highlight? How could you drag people all over the globe to see it?

How would would you do it – when you’d have known that your like is nice…but not THAT special?

Well my friends – for this you would need a Monster. 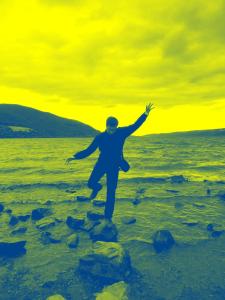 Maybe not as ugly as that one.

Still, the Monster you need should be  big, fat and scary. Yet – it should be realistic and vivid enough that it could live in people’s imagination.

1 ,00o pound, ancient reptile and a marine predator –  plesiosaurus should do the job.

Now how would you find one – if all of those died like 65 milion years ago?

That’s also simple my friends – you would make it up.

You would find  a nice, catchy name for it- like Billy or Fluffy.

Or Nessie, if you’d have ran out of all other options.

Then you would start producing promotional gadgets on the industrial scale. Postcards, toys, t-shirts, calendars, cups, towels, toilet papers… etc. All of those covered with our Monster’s images.

And than you would spread the word.

That’s how the Loch Ness monster myth was created … or rather that’s what I thought before I visited the famous lake myself.

It was then when it occured to me that sometimes the most simple explanations have nothing to do with the ever-suprising reality.

Because of all explanations I had – none has foreseen that famous Nessie can be actually alive.